NEBEL got a nomination at the DDC awards »What is Good« in 2021 in the category »Communication«.

NEBEL is a magazine on contemporary cultures that explores feminisms and gender identities.
It creates space for dialogues and monologues, questions and answers as well as the interconnection of different perspectives. With texts, essays as well as artistic and photographic contributions and reportages it amplifies quieter and louder voices. Existing conflicts are taken up, assumptions are called into doubt and old questions are rethought.

As a magazine, NEBEL seeks to depict diverse and contemporary discourses, make experiences visible and encourage lasting debates that may then lead to further interactions.

Inspired by Virginia Woolf, the magazine's title refers to an anecdote in her essay »A Room Of One's Own« from 1929. Woolf's fictional first-person narrator reads through the headlines of a newspaper and realizes that the domination of patriarchy cannot be overlooked; that it seems to control everything — except for one thing: the fog in the weather report. (»Nebel« is german for »fog«) The Magazine takes up this fog and wants to remind us to embrace our blurry vision and to accept ambiguity.

The first issue is about »power« in different contexts. 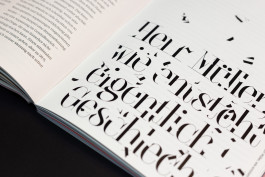 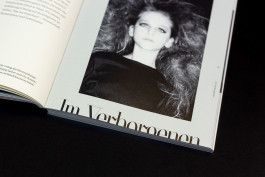 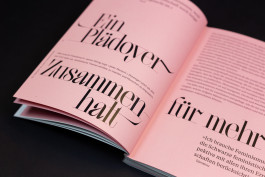 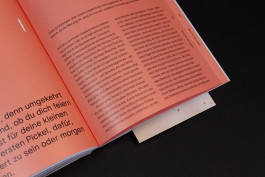 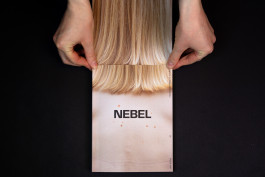 Issue 01 is edited with 17 articles, printed on two different papers and thread-bound. As an extra a card with a quotation from Virginia Woolf is enclosed, who, with her essay, is the name-giver of the magazine.

Power manifests itself in both large and small dimensions. We can exercise it or we must subordinate ourselves to it. Power determinier systems. Generally, we were born into those systems and therefore they seem unchangeable to us. However, we all have an impact on how we live together.

Perceiving and acknowledging inequalities is essential, but it is not yet the solution — not in the past, not in the present, and not in the future. That's why we have to go one step further. We have to really listen to each other with the intent to understand.

We do not have to integrate ourselves into the existing system if we do not want to simply replicate the conditions and processes in our society. What we need, on the other hand, is a liberation from traditional gender roles and their harmful consequences. We are given the freedom to rethink social and cultural ideas. Throughout history, social orders have been reinvented over and over again in order to organize living together as a large community.

Together we can make the effort to change the gaze that is stuck. We can pursue together the effort to do better, because we share this planet — with many people, creatures and lifestyles.

In this issue, illustrator Alicja Boß writes about female characters Hollywood. Photographer Jeremy Suyker accompanied a rugby team that shows us diversity in sport. Activist Jasmin Mittag explains why we need feminism in the first place, and a trans* man shares his day-to-day experiences. A social scientist explores the question of gender development and art historian Anna Stemmler writes about the representation of female figures in protest movements and the power relations in the imagery traditions belonging to it. Artist Lisa Starke takes a critical look on women’s roles in Christianity and other religions and Luise Schlütsmeier holds a plea for the normalization of menstruation. A financial accountant from a large auditing company introduces us to her special colleague, and we ask women about their relationships to their grandmothers. Photographer Vivian Rutsch writes about her search for answers about the abuses and deaths in her family and her late sister's transgender process.